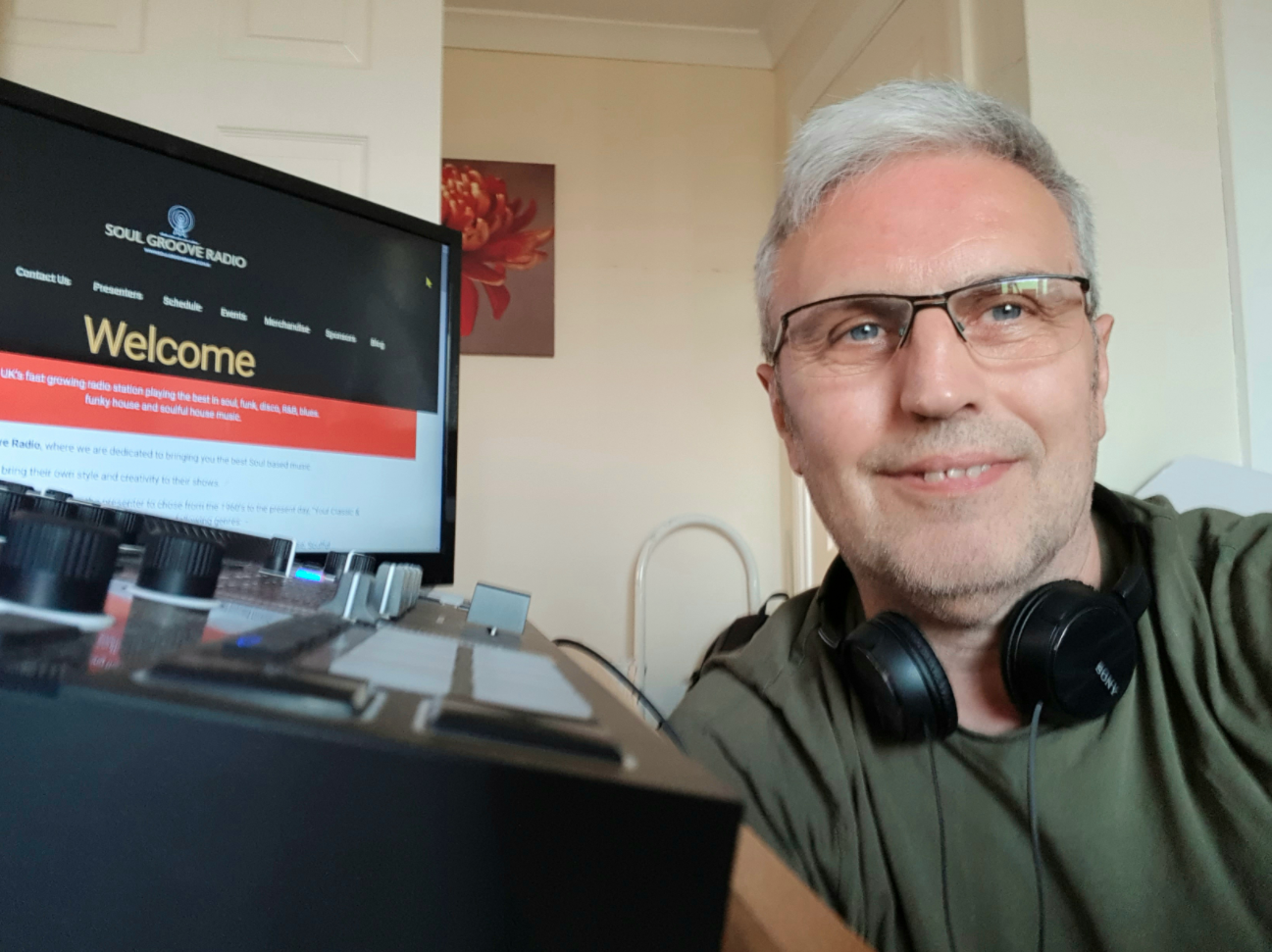 Music has always played a major part in my life, inspired by my brother & sister who helped focus and generated my tastes, through 70’s soul & disco.  Soul & Good R&B, House, Hip Hop have always been my personal fav’s

Like most DJ’s I started DJ’ing playing the music I loved for friends at parties etc, then I moved on to mobile dj’ing in Nottingham, which I hated. After a couple of years, I moved to DJ’ing into clubs & pubs around Nottinghamshire, Derbyshire & Yorkshire.

In 2010 I decided to hang up my headphones after a 25-year DJ career, playing in some good clubs/bars, but also some awful ones.  About 6 years later a DJ friend invited me to play on an internet radio station he was playing on, hence my radio career started with:

After a short break to I applied to play on this great station Soul Groove Radio.co.uk, and a new journey and experience begins.

Join me on my ‘Weekend Starter’ show on Friday from 8pm to 10pm.