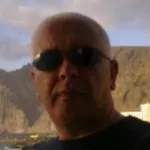 My love of music started in the mid 70’s when a friends older brother played Disco LP’s non stop, I was hooked.

My tastes have expanded a bit since then from classic old soul thanks to Wilson Pickett, Otis Redding etc  Reggae & Ska thanks in most part to the Trojan record label and pretty much anything else soulful or funky.

My DJ career started around the early to mid 80’s with a lot weddings, birthdays, Pub’s and Clubs finally hanging up the headphones around 25 years later.  (Still miss that PA system, it was awesome)

After taking a break for a few years, and regaining a social life, I had a few calls from Ray Douglass trying to talk me into trying a show on Soul Groove Radio. After a bit more nagging I joined Ray on one of his shows and the rest, as they say, is history.  The Simply Soul Show was born.